skip to main | skip to sidebar

FINALLY!!! I have framed the gobelin, know as "The Horse's Head" by Wiehler, with all the best options that I wanted to give it. It has a passepartout: lovely shade of green that goes so well with the green shades and colours used in the Horse’s Head’s background. The frame itself is made out of light wood, I am not sure of the exact sort, but it seems like it is either maple or ash or birch. Either way, I chose it for the colouring goes so well with the colours of the horse’s mane. The glass I put on it is called “museum glass”. It has so many great properties, like it blocks up to 99% of UV light rays, reduces reflection by over 85% and it achieves over 97% light transmission to enhance colours, brightness and contrast levels. Of course, it cost me more to put this type of glass on the gobelin (as well as having a passepartout, and not just a frame), but having worked on this gobelin for over 15 years, I definitely thought “I’m going full out on this one!” :-) To me the gobelin looks so much bigger now than when I was working on it or even when I had finished it and it was waiting framing. It is not just because there is a passepartout and a frame around The Horse’s Head, but because the passepartout and frame make the image inside so much more grandiose. I hope you enjoy it as much as I do: 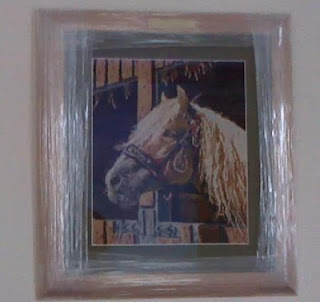 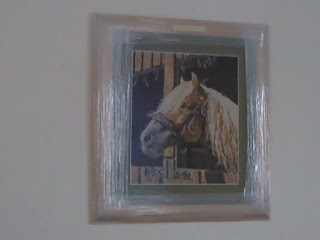 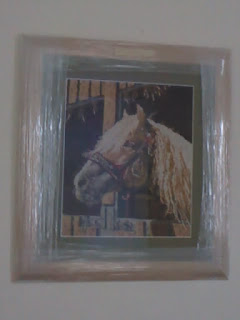 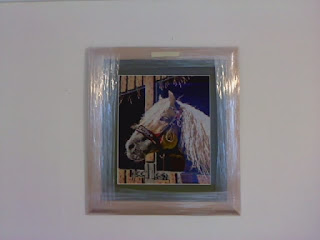 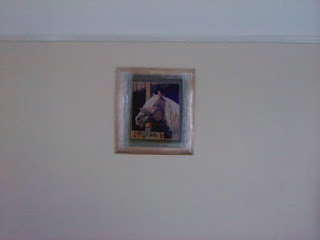 P.S. I have not removed the wrapping/covering of the frame because I am not sure yet where I will hang the gobelin, but I put it on the wall so to make the pictures and give them to you. In all honesty, they don’t do the gobelin any justice, as the pictures look barely half (if not even less) as good as the gobelin does in real life, but that’s all I can do for the moment to let you see it in all its new-found glory :-)) You have been with me on this journey - some for longer than others- and I wanted to share my humble pride and joy of the finished product. When I decide on where it’s permanent place will be, I shall remove the covering, place it there and take more pictures, so you know what it looks like where it will be exhibited.

Make yourself an origami